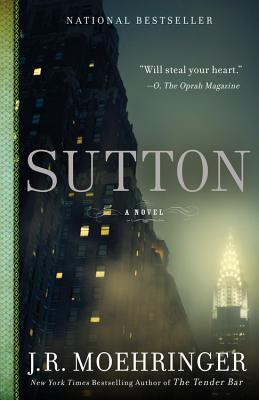 Willie Sutton was driven by two things—a lost love and a fierce vendetta against banks. Among the most notorious criminals in American history, he spent half his life in prison, the other half on the run. Then came Christmas Eve, 1969. Sutton’s surprise parole from Attica sparked a media frenzy. Every journalist and talk show host wanted an interview. Sutton, however, granted only one. Sixty-eight years old, in failing health, he spent all that Christmas with a newspaper reporter and photographer, driving around New York City, visiting the scenes of his many heists, betrayals, heartbreaks and escapes. The result was a strangely cursory front-page article, filled with half-truths and platitudes. Notably missing was any mention of Sutton’s first accomplice, the girl who led him into a life of crime, then broke his heart. Sutton, a historical novel based on extensive research, is a comic, moving, gritty imagining of that mysterious Christmas, and the remarkable life that preceded it, a life defined by thrills, follies, unseen bravery and treachery, and the long shadow of a doomed, unforgettable romance.