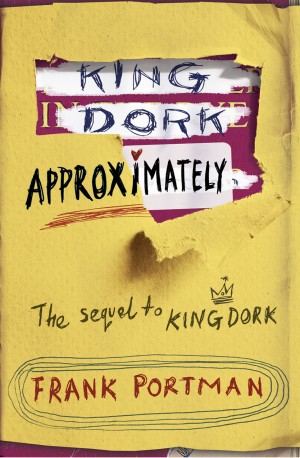 In the sequel, King Dork Approximately Tom Henderson is the same old King Dork, with just a little less hair and a head wound that sometimes turns his internal monologue into tuba-damaged clumps of words. Tom’s still trying to work out who to finger for the new scar on his forehead, the memory loss, and his father’s mysterious death. But illicit female hospital visitations, The Catcher in the Rye, and the Hillmont High sex-pocalypse have made him a semi-new man.

What doesn’t make you stronger can kill you, though, and tenth grade, part two, promises to be a killer. Tom’s down one bloodstained army coat and one Little Big Tom, and now his most deeply held beliefs about alphabetical-order friendship, recycling, girls, rock and roll, and the stitching on jeans are about to totally and utterly fall apart.

From a first person point of view, Frank Portman brilliantly crafts a storyline that brings together multiple plot lines with elevated language and wit.