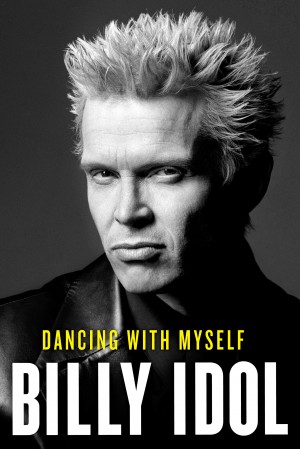 An early architect of punk rock’s sound, style, and fury, whose lip-curling sneer and fist-pumping personae vaulted him into pop mainstream as one of MTV’s first stars, Billy Idol remains an iconic music legend. Now, in his long-awaited autobiography, Dancing With Myself, he delivers an electric, searingly honest account of his journey to fame—including intimate and unapologetic details about his life’s high highs and low lows—all rendered with the in-your-face attitude and fire his fans have embraced for decades. Beyond adding his uniquely qualified perspective to the evolution of rock, Idol is a brash, lively chronicler of his own career. A survivor’s story, an equally enchanting, chilling, and always riveting account of one man’s creative drive joining forces with unbridled human desire, this much-anticipated memoir is unmistakably literary in its character and brave in its sheer willingness to tell. Billy Idol is destined to emerge as one of the great writers among his musical peers.