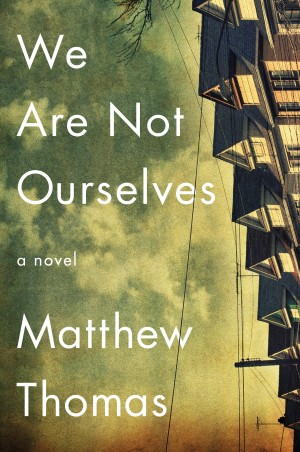 We Are Not Ourselves

Destined to be a classic, this “powerfully moving” (Chad Harbach, The Art of Fielding), multigenerational debut novel of an Irish-American family is nothing short of a “masterwork” (Joshua Ferris, Then We Came To The End). We Are Not Ourselves tells the story of Eileen Leary, who, from the time she was nine years old and taking care of her alcoholic Irish immigrant parents in their tiny apartment in Woodside, Queens, has dreamed of rising above her station. Eileen marries a serious young research scientist named Edmund Leary, whom she believes will deliver her to the cosmopolitan life she deserves. Eileen encourages her husband to want more: a better job, better friends, a better house, but as years pass it becomes clear that his growing reluctance is part of a deeper psychological shift. An inescapable darkness enters their lives, and Eileen and Ed and their son Connell try desperately to hold together a semblance of the reality they have known, and to preserve, against long odds, an idea they have cherished of the future. Epic in scope, heroic in character, masterful in prose, We Are Not Ourselves heralds the arrival of a major new talent in contemporary fiction.