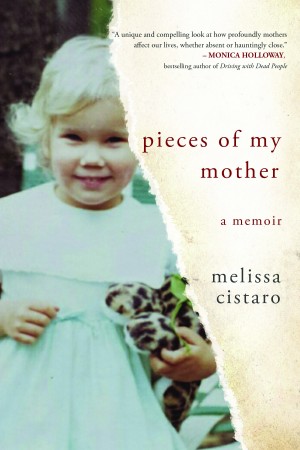 Pieces of My Mother

Why would a mother ever abandon her child? And is an abandoned child destined to grow up and make the same mistake? These were some of Melissa Cistaro’s questions after her mother drove off without explanation one summer. Decades later Melissa finds herself at her dying mother’s bedside with six days to find answers, fearful that she could do the same to her own little girl. Then she discovers a cache of letters her mother wrote but never sent and stumbles on the answers she’d been seeking. Haunting and ultimately uplifting,  Pieces of My Mother is about the choices we make and their repercussions on others.