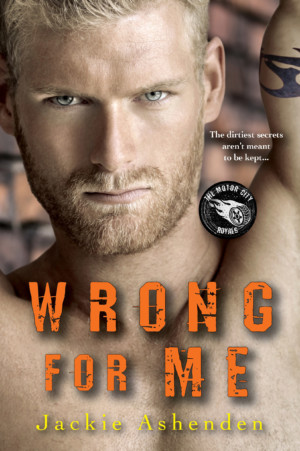 After eight years in prison, Levi Rush is finally out and back on the streets to claim the future he was owed. A future that includes the one woman he’s wanted for years—his former best friend Rachel. She’s the reason he went inside and if getting her to do what he wants means buying the building that houses her tattoo studio and using it as leverage, then that’s what he’ll do. Because if there’s one thing he’s learned inside it’s that if you want to win, you have to play dirty.

Set in the gritty, desolate urban sprawl of Detroit, Wrong For Me is the second book in Jackie Ashenden’s new Motor City Royals series about a group of brooding, gear-head, quick to action heroes seeking to reconcile their uncertain futures with their criminal pasts. Powerful, possessive, strong, and determined, the men of Motor City Royals are ripe for redemption.