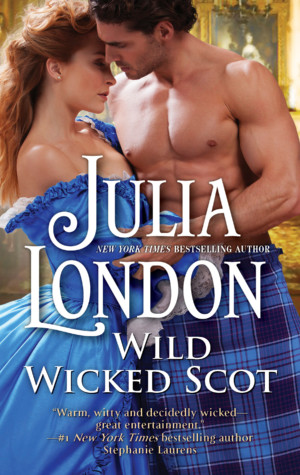 A Scottish chieftain (rugged and in a kilt) and the daughter of a wealthy English landowner (privileged and refined) are married to further the holdings of the families in the newly united kingdom. Arran McKenzie is a guy’s guy (no lace and wigs) who is building his part of the clan empire; Margot Armstrong is an English woman born into privilege who likes fine things. They managed four months of marriage in which the sex was hot, but everything else was tense before Margot fled back across the border to her father’s house, where she has been for two years. Now England and Scotland are new partners and there is a lot of political chaos and espionage. A rumor has begun that Arran is plotting to bring French troops to Scotland to invade England. Margot’s father commands her to return to Scotland and use her feminine wiles to ferret out the truth. Arran guesses she is spying on him and the two begin a game of trying to out-seduce each other in the hope of teasing out answers. It’s a one-up game of seduction, and so close and personal that the two of them begin to fall in love.