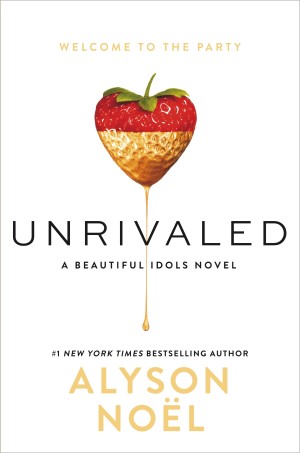 Everyone wants to be someone. Layla Harrison wants to leave her beach-bum days for digs behind a reporter’s desk. Aster Amirpour wants to scream at the next casting director who tells her “we need ethnic but not your kind of ethnic.” Tommy Phillips dreams of buying a twelve-string guitar and using it to shred his way back into his famous absentee dad’s life. But Madison Brooks took destiny and made it her bitch a long time ago. She’s Hollywood’s hottest starlet and the things she did to become the name on everyone’s lips are merely a stain on the pavement, ground beneath her Louboutin heel. That is until Layla, Aster, and Tommy find themselves with a VIP invite to the glamorous and gritty world of Los Angeles’s nightlife, and lured into a high-stakes com- petition where Madison Brooks is the target. Just as their hopes begin to gleam like stars through the California smog, Madison Brooks goes missing….And all of their hopes are blacked out in the haze of their lies.