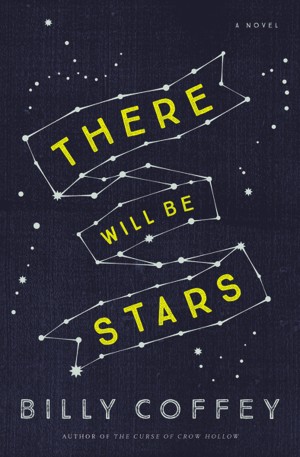 There Will Be Stars

Only in death could Bobby Barnes begin to understand the true nature of love. No one in Mattingly ever believed Bobby Barnes would live to see old age. Drink would either rot Bobby from the inside out or dull his senses just enough to send his truck off the mountain on one of his nightly rides. Although Bobby believes such an end possible and even likely, it doesn’t stop him from taking his twin sons Matthew and Mark into the mountains one Saturday night. A sharp curve, blinding headlights, metal on metal, his sons’ screams. Bobby’s final thought as he sinks into blackness is a curious one—There will be stars.

Yet it is not death that greets him beyond the veil. Instead, he returns to the day he has just lived and soon finds he is not alone in this strange new world. Six others are trapped there with him. Bobby soon discovers that rather than the place of peace he had been led to believe he was in, it’s actually a place of secrets and hidden dangers. Along with three others, he seeks to escape even as the world around him begins to crumble. The escape will lead some to greater life, others to endless death . . . and Bobby Barnes to understand the deepest nature of love.