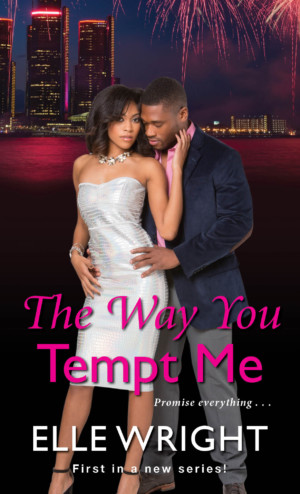 The Way You Tempt Me

Former child star Xavier Starks is ready to step into the role of talent manager for his father’s company, Pure Talent Agency. Xavier put in time at the company, working hard to prove that he’s not only capable, but willing to take the reins and protect his father’s legacy. But his hopes are doused when his father passes him over for the promotion in favor of the girl next door, who is most definitely a woman now. Zara Reid is not just another pretty face. She’s beautiful, talented, ambitious, and has a reputation for taking good care of her clients. With an impressive roster of acclaimed clients, it is no surprise that many agencies have tried to lure her to their teams. But only one firm offered her what she needed. A chance to work for and learn from the man that she’d watched since she was a kid, the man she’d modeled her own career after. Jax Starks. As ire turns to want, the two can’t deny their chemistry in and out of the conference room. Zara makes it clear that coworkers with part-time benefits is all they will ever be, but, well, Xavier didn’t make a name for himself because he took no for an answer, and he makes it his mission to get that yes. By any means necessary.