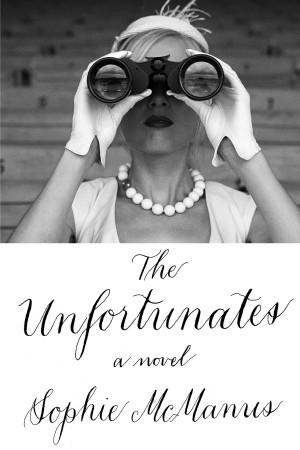 This extraordinary debut novel by Sophie McManus is a contemporary American tragedy of breathtaking scope: a dramatic story of pharmaceutical drug trials and Wall Street corruption; of pride and prejudice; of paranoia and office politics; of inheritance, influence, class, and power.

Cecilia Somner’s fate hangs in the balance. A larger-than-life heiress to a robber baron’s fortune, once known for her cruel wit as much as for her tremendous generosity, CeCe is now in opulent decline. Afflicted with a rare disease and touched by mortality for the first time, her gilded, bygone values collide with an unforgiving present. Along with her troubled son, George, and his outsider wife, Iris, CeCe must face the Somners’ dark legacy and the corrupting nature of wealth. As the Somner family struggles to find a solution to its troubles, the secrets and lies between CeCe, George, and Iris grow entangled. CeCe’s world topples, culminating in a crime as unforgettable as it is unexpected.

While no riches can put things right for the unfortunate Somners, when all is lost, they learn what life beyond the long, shimmering shadow cast by the Somner dynasty may become. The Unfortunates, hilarious and heartbreaking by turns, is most of all a meditation on love: as delusional obsession, as transformation, and ultimately as a coming to grace.