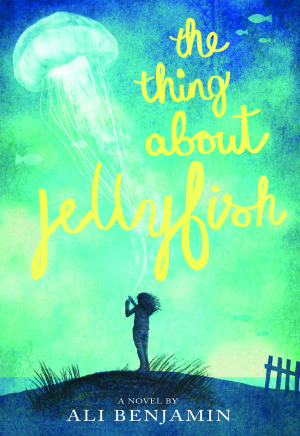 The Thing About Jellyfish

A debut of profound depth about how grief can isolate us—and how it can open the world in magical ways. Suzy Swanson knows the real reason that Franny Jackson died. Everyone says that there’s no way to be certain…that it was an accident…that sometimes things just happen. But Suzy knows there must be a better explanation, a scientific one. Haunted by the loss of her best friend—and by a final, terrible moment between them—she retreats into a silent world of her own imagination. Convinced that Franny’s death was the result of a rare jellyfish sting, Suzy crafts a plan to prove the truth, even if it means traveling around the globe…alone. But the more she looks inward, the more she begins to recognize the astonishing wonder of the universe around her…and discovers the potential for love and hope in her own backyard. In achingly heartfelt writing, this powerful debut novel is the story of a young girl confronting life, death, and immortality in a way that is both uniquely her own and universal to us all.