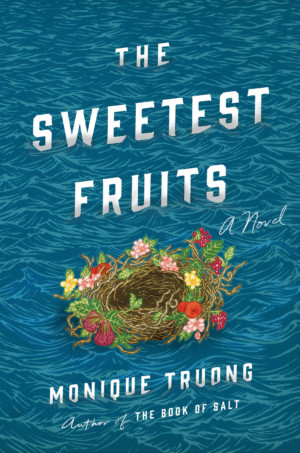 An ingenious retelling of a celebrated writer’s migratory life through the voices of the three women who knew him best, and who testify to their own remarkable journeys, from the acclaimed author of The Book of Salt.
A Greek woman tells of how she willed herself out of her father’s house, married an Irish officer, and came to Ireland with her two-year-old son in 1852, only to be forced to depart two years later, leaving the son behind. An African American woman, born on a plantation in the South, comes north after the Civil War to Cincinnati and takes a job as a cook at a boarding house, where in 1872 she meets and ends up marrying a young, white newspaper reporter, in defiance of the anti-miscegenation laws. In 1891 in Japan, a samurai’s daughter is introduced to an international writer who is teaching English there, and becomes the mother of his four children and his unsung literary collaborator in a land where a woman risked punishment by opening her mouth.
The lives of artists can often best be understood through the eyes of those who cared for them and made their work possible. In The Sweetest Fruits, these three women, Rosa, Alethea, and Setsu, tell the story of their time with Lafcadio Hearn, a globetrotting writer best known for his books about Japan. They are each travelers and explorers in their own ways; their accounts witness his life but also seek to witness their own existence and answer for themselves. They are also gifted storytellers, offering up their revealing and sometimes contradictory memories at pivotal moments in their own lives. Truong illuminates their tenacity and their struggles with brilliant sensitivity in this remarkable novel about love, family, home, and the search for belonging.