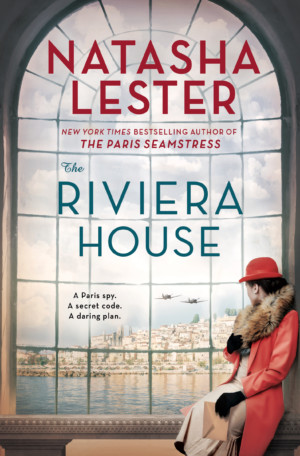 This powerful and deeply moving novel from New York Times bestselling author Natasha Lester sweeps readers from Nazi-occupied Paris to the sun-kissed coast of southern France, as a young woman faces unimaginable danger to help safeguard the Louvre’s treasures—and the repercussions of her actions generations later when her legacy helps another woman in her greatest hour of need.
In Paris, 1939, Eliane Dufort is working at the Louvre when the Germans invade. They think she’s merely cataloging art and unaware they’re stealing national treasures for their private collections. But they’re wrong. They have no idea she’s carefully decoding their notes and smuggling information to the Resistance. In present day, Remy Lang heads to a home she’s mysteriously inherited on the French Riviera, where she discovers a catalog of artworks stolen during World War II and is shocked to see a painting that hung on her childhood bedroom wall. Suddenly she’s left wondering who is her family, really? And does the Riviera household more secrets than she’s ready to face?