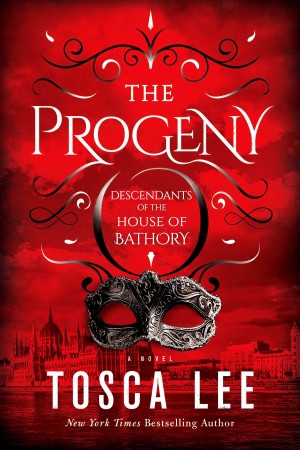 The Progeny: Descendants of the House of Bathory

New York Times bestselling author Tosca Lee brings a modern twist to an ancient mystery surrounding the most notorious female serial killer of all time. A fast-paced thriller for fans of Ted Dekker’s The Books  of Mortals, Dan Brown’s The DaVinci Code, and BBC America’s hit series Orphan Black. Emily Jacobs is the descendant of a serial killer. Now, she’s become the hunted. She’s on a quest that will take her to the secret underground of Europe and the inner circles of three ancient orders—one determined to kill her, one devoted to keeping her alive, and one she must ultimately save. Filled with adrenaline, romance, and reversals, The Progeny is the present-day saga of a 400-year-old war between the uncanny descendants of “Blood Countess” Elizabeth Bathory, the most prolific female serial killer of all time, and a secret society dedicated to erasing every one of her descendants. A story about the search for self filled with centuries-old intrigues against the backdrop of atrocity and hope.