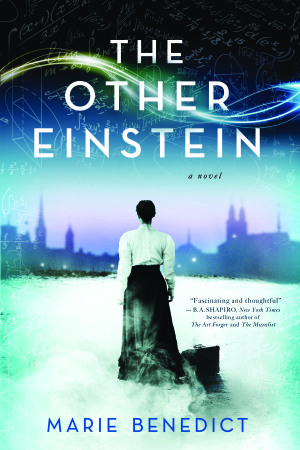 What secrets may have lurked in the shadows of Albert Einstein’s fame? His first wife, Mileva “Mitza” Marić, was more than the devoted mother of their three children—she was also a brilliant physicist in her own right, and her contributions to the special theory of relativity have been hotly debated for more than a century.

In 1896, the extraordinarily gifted Mileva is the only woman studying physics at an elite school in Zürich. There, she falls for charismatic fellow student Albert Einstein, who promises to treat her as an equal in both love and science. But as Albert’s fame grows, so too does Mileva’s worry that her light will be lost in her husband’s shadow forever.

A literary historical in the tradition of The Paris Wife and Mrs. Poe, The Other Einstein reveals a complicated partnership that is as fascinating as it is troubling.