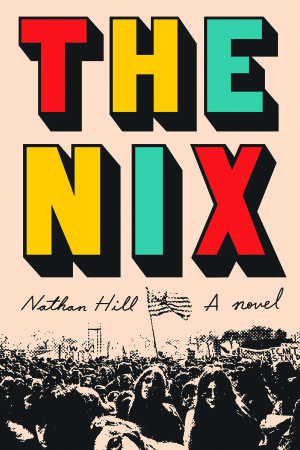 A Nix can take many forms. In Norwegian mythology, it is a spirit who appears as a white horse that steals children away. In Nathan Hill’s remarkable first novel, a Nix is anything you love that one day disappears, taking with it a piece of your heart. It’s 2011, and Samuel Andresen-Andersen—college professor, stalled writer—has a Nix of his own: his mother. Decades ago, when he was a small boy, she abruptly walked out on the family. Now she’s reappeared, having committed an absurd crime that electrifies the nightly news and beguiles the internet. She needs Samuel’s help. To save her he’ll have to uncover the secrets of her life, and in so doing perhaps reclaim his own. Moving from the suburban Midwest to New York City to the 1968 riots that rocked Chicago and beyond, The Nix explores—with both biting, side-splitting humor and fierce tenderness—the resilience of love and home, even in times of radical change.