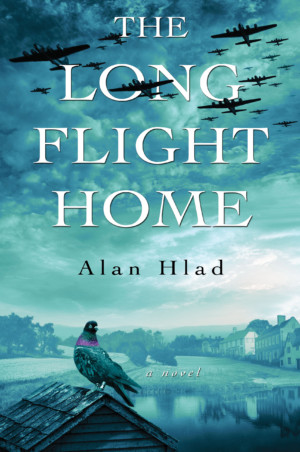 Set among the London Blitz of World War II, when British Services enlisted the aid of over 200,000 homing pigeons to carry messages across enemy lines, The Long Flight Home is a bittersweet tale of courage, soulmates and sacrifice. It’s the story of an almost-love affair between two orphans brought together, then driven apart by war: Susan, a young woman who trains homing pigeons in England and believes that her extraordinary birds can help save Britain; and Ollie, a crop-duster from Maine, who disregards US neutrality and travels to Britain in a quest to join the Royal Air Force.
It is also a story based on true historical events related to Britain’s enlistment of homing pigeons for Operation Columba during WWII. And it is a story inspired by an astonishing news report in 2012, when a man renovating an old house in Surrey, England discovered the remains of a homing pigeon along with a tiny capsule containing a vital coded message – one that has yet to be deciphered by code breakers around the world even today. With compassionate insight, beautiful detail and meticulous research, Alan Hlad illuminates mostly-forgotten corners of WWII history, conjuring an inspiring and deeply moving wartime experience from a time when hope truly was the thing with feathers.