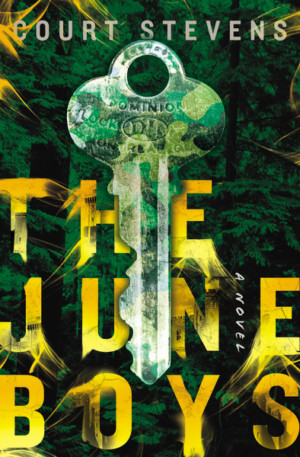 From award-winning and highly acclaimed author Court Stevens comes a heart-wrenching story of small towns, rumors, and thirteen missing boys. The Gemini Thief is a serial kidnapper, who takes three boys and holds them captive from June 1st to June 30th of the following year. The June Boys endure thirteen months of being stolen, hidden, observed, and fed before they are released, unharmed, by their masked captor. The Thief is a pro, having eluded authorities for nearly a decade and taken at least twelve boys. Now Thea Delacroix has reason to believe the Gemini Thief took a thirteenth victim: her cousin, Aulus McClaghen. But the game changes when one of the kidnapped boys turns up dead. The Gemini Thief could be anyone. Your father, your mother, your best friend’s crazy uncle. Some country music star’s deranged sister. Anyone. Someone is stealing Tennessee’s boys. Report suspicious behavior.