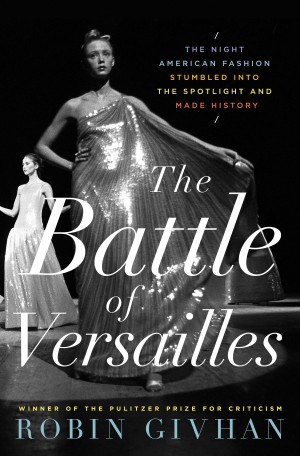 The Battle of Versailles: The Night American Fashion Stumbled into the Spotlight and Made History

Conceived as a fundraiser for the restoration of King Louis XIV’s palace, the world’s elite gathered in Versailles’ grand theater to view a fashion extravaganza of the best that French and American designers had to offer, while being entertained by Liza Minnelli and Josephine Baker. What they saw would forever alter the history of fashion.

At the Battle of Versailles five Americans—Oscar de la Renta, Bill Blass, Anne Klein, Halston, and Stephen Burrows—faced off against the five French designers considered the best in the world—Yves Saint Laurent, Hubert de Givenchy, Pierre Cardin, Emanuel Ungaro, and Marc Bohan of Christian Dior. Against all odds, the American energy and the domination by their fearless models (ten of whom, in a ground-breaking move, were African-American) sent the audience reeling. By the end of the evening, the Americans had transformed their place on the world stage and sowed the seeds for changing the way race, gender, sexuality, and economics would be treated in fashion for decades to come.

The in-fighting between ego-inflated designers, the unforeseen obstacles in staging the show on a shoestring, the triumphant win, the vastly different fates of the designers post-show—Robin Givhan’s meticulous research brings the event alive and places it firmly in the history of fashion, offering an intimate examination of a single moment that teaches us how the culture of fashion as we now know it came to be.