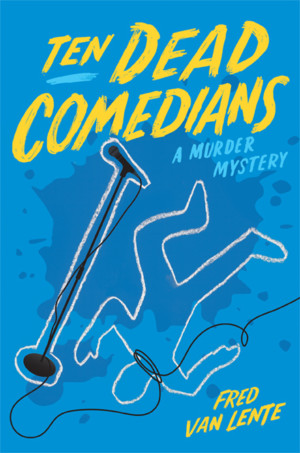 After starring in a hit TV comedy show and a string of blockbuster movies, Dustin Walker was one of the biggest names in Hollywood—until one day he just walked away from everything. A decade later, he invites ten different comedians to his private island retreat for a weekend of comic brainstorming. There’s Billy the Contractor, a “blue collar” comic who performs with a Glock holstered on his waist “because the 2nd amendment says I can!” There’s Janet Kahn, the aging Las Vegas icon famous for her nasty insults. There’s even Orange Baby Man, the most-loathed prop comic in America. But within hours of arriving on a seemingly deserted Pacific island, these comics learn there is more to Dustin’s offer than meets the ey​e—and soon the murders begin. An uproarious homage to Agatha Christie’s And Then There Were None, Ten Dead Comedians embraces all the classic conventions of the Golden Age of Mystery—with a thoroughly contemporary cast of characters!