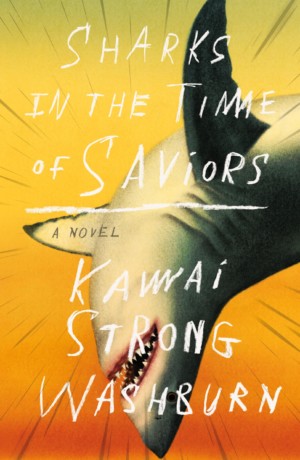 Sharks in the Time of Saviors

In 1995 Kailua-Kona, Hawaii, seven-year-old Nainoa Flores falls overboard into the Pacific. When a shiver of sharks appears in the water, everyone fears for the worst. But Noa is gingerly delivered to his mother in the jaws of a shark, marking his story as the stuff of legends.
Noa’s family, struggling amid the collapse of the sugarcane industry, hails his rescue as a sign of favor from ancient Hawaiian gods. But as time passes, this divine favor gives way to financial realities, forcing Noa, his older brother, Dean, and his younger sister Kaui to chase opportunities across the mainland United States, where they long for the spirit of home. When supernatural events revisit the family—with tragic consequences—everyone is forced to reckon with the desire to belong, to rescue, and to not disappear.