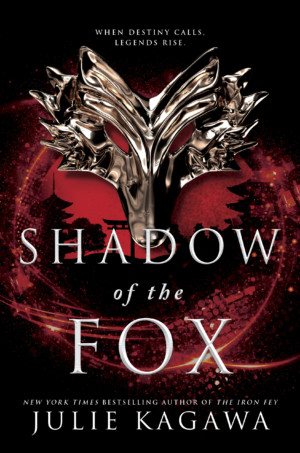 Shadow of the Fox

Enter a beautiful and perilous land of shapeshifters and samurai, kami and legends, humans and demons…a world in which Japanese mythology and imagination blend together to create a brand-new and lushly drawn fantasy adventure from the New York Times bestselling author of The Talon Saga and The Iron Fey.
Once Every Thousand Years…
Every millennium, one age ends and another age dawns…and whoever holds the Scroll of a Thousand Prayers holds the power to call the great Kami Dragon from the sea and ask for any one wish. The time is near…and the missing pieces of the scroll will be sought throughout the land of Iwagoto. The holder of the first piece is a humble, unknown peasant girl with a dangerous secret.
Demons have burned the temple Yumeko was raised in to the ground, killing everyone within, including the master who trained her to both use and hide her kitsune shapeshifting powers. Yumeko escapes with the temple’s greatest treasure—one part of the ancient scroll. Fate thrusts her into the path of a mysterious samurai, Kage Tatsumi of the Shadow Clan. Yumeko knows he seeks what she has…and is under orders to kill anything and anyone who stands between him and the scroll.
A WISH WILL BE GRANTED AND A NEW AGE WILL DAWN.