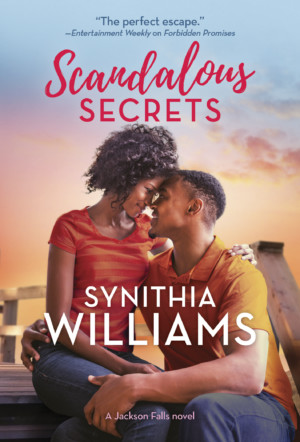 Byron Robidoux’s dreams are right in front of him for the taking.  He’s so close to a seat in the Senate that he can taste it…until a man threatens to expose him as a deadbeat dad and ruin his political career.  Byron would love to deny the rumors and expose this man for the liar he is…but things aren’t as simple as they appear.  For years ago, Byron agreed to be named on the birth certificate of his close friend––and first love––Zoe Hammond to keep her out of reach from her abusive partner.  He’d even suggested marriage, but she disappeared and he never heard from her again.  Now, with everything on the line, he still won’t ever betray her…but he has to find her and hear she’s okay. Zoe Hammond has made a life for herself and her daughter and she’s incredibly proud of that.  Protecting her daughter is the only thing that matters to her. So when Byron comes back into her life, the last thing she wants is the white-hot attention of a political campaign.  But as word of their secret starts to leak, they’re forced to deal with the situation together.  They never counted on sparks flying between them or for their friendship to ignite into something more.  But when Zoe’s daughter is targeted, Byron will do anything to protect them…even sacrifice his dreams for a chance with his first love.