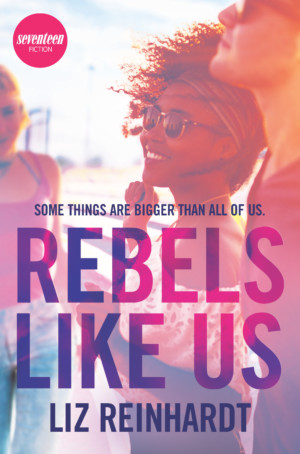 When Agnes “Nes” Murphy-Pujols is forced to move from diverse Brooklyn to middle of nowhere Georgia halfway through her senior year, she plans to keep her head down. But Nes is soon singled out at her new school as a smart ass, which earns her the ire of the administration and school queen bee… and the interest of resident golden boy Doyle Rahn. Charming his way past her resistance, Doyle takes Nes under his wing. On the surface, they have nothing in common, but Nes and Doyle share a deep sense of self-reliance, an aggravation with ignorance, and the need to stand up when they see things they can’t make peace with. Sparks fly, and with Doyle as her guide, Nes’ new home starts to grow on her. Then he tells her about Ebenezer High’s long-standing prom tradition.

For decades Ebenezer’s prom has been privately organized and segregated—two proms, black and white. Half-Dominican Nes never saw herself as “other” in Brooklyn. But suddenly she’s forced to deal with the fact that in Georgia, everyone just sees her as black—and not everyone in town is okay with her dating a white guy. Doyle and Nes band together with a ragtag team of classmates to plan an alternate prom. But when a lighted cross is left burning in Nes’s yard, the alterna-prommers realize that bucking tradition comes at a price. Maybe, though, that makes taking a stand even more important.