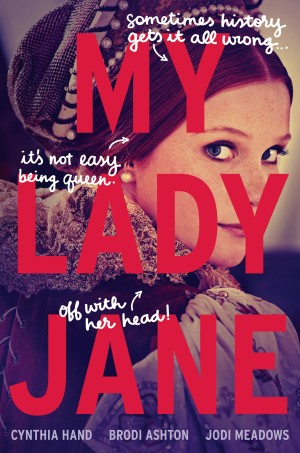 In the tradition of The Princess Bride, a fantastical, romantical, hilarious(ical) adventure featuring a reluctant king, an even more reluctant queen, a noble steed, True Love, and only a passing resemblance to actual history—because sometimes history gets it all wrong. Lady Jane Grey, sixteen, is about to be married to a stranger—and caught up in an insidious conspiracy to rob her cousin, King Edward, of his throne. But that’s the least of Jane’s problems. Jane’s about to become Queen of England. Like that could go wrong. The fate of the kingdom rests on the shoulders of three unlikely heroes. Edward, the rightful king, is dying. Jane, his cousin, would rather be reading a book. And Gifford, Jane’s new husband, is a shapeshifter cursed to spend every day, from sunrise to sunset, as a horse. To save Edward’s crown, they’ll have to engage in some conspiring of their own… but can they pull off their plan before it’s off with their heads?