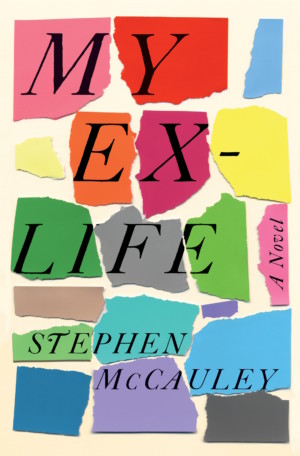 David Hedges is having an unusual midlife crisis. His boyfriend, Soren, has left him for an older man, albeit a successful surgeon. His job—helping the spoiled children of San Francisco’s elite get into college—is exasperating. As his life reaches new lows, his weight reaches new highs. The only good thing he has is his under-market-value apartment that has a view so stunning he is the envy of all of San Francisco. But when the landlord finally decides to sell—to Soren and the surgeon courtesy of his supposed realtor friend—David hits rock bottom. Across the country, Julie Fiske isn’t having a much better time herself. Carol, the woman (younger, of course) that Henry, her second husband, left her for, is downright likable—more likeable than Henry was. The bills that she files by throwing into the back seat of her car keep piling up—so much so that she has turned her rambling home into an illegal B&B in the seaside tourist town where she lives. Her sullen teen daughter adamantly refused to apply to college (as David says, “I’m always drawn to sadness in teenagers, which I take to be a sign of intelligence. What teenager with half a brain looking at the condition of the planet they would inherit wouldn’t be sad?”). And Julie can’t seem to quit smoking weed (Why should she? It’s the one good thing she has). Henry lays down an ultimatum—if Mandy doesn’t start applying to college, she’s going to come live with him and Carol. And then Mandy surprises Henry, and stuns Julie, by saying she’s been working with David Hedges, Mom’s first husband from long ago. It’s a lie, but a good one, and, Julie thinks, not a bad idea. So when Julie calls David up out of the blue and asks if he’ll help Mandy, he says of course. And when Mandy tells David he should come visit them and stay in one of their B&B rooms, he surprises everyone, including himself, by accepting. Soon David and Julie are living together and in many ways pick up exactly where they left off. But while the chemistry between them is still there, and they can finish each other’s sentences, there’s one conversation they never finished that is unavoidable.