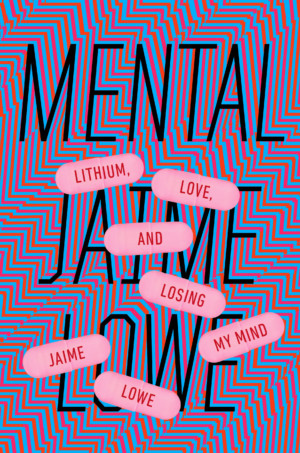 A riveting memoir and a fascinating investigation of the history, uses, and controversies behind lithium, an essential medication for millions of people struggling with bipolar disorder, stemming from Jaime Lowe’s sensational 2015 article in The New York Times Magazine: ‘‘I Don’t Believe in God, but I Believe in Lithium’: My 20-year Struggle with Bipolar Disorder.’ At the heart of Mental is Lowe’s personal story, detailing her experiences on and off lithium, and the mental health and personal struggles that have accompanied it. Most recently, the longterm effects of lithium have led to her kidney degradation. Now adjusting to new medication after more than twenty years of lithium, Lowe’s pursuit of a stable life continues. Mental is eye-opening and powerful, tackling an illness and drug that has touched millions of lives and yet remains shrouded in social stigma. With unflinching honesty and humor, Lowe allows us a clear-eyed view into her life, while also offering a compelling historical overview of one of mankind’s oldest medical mysteries.