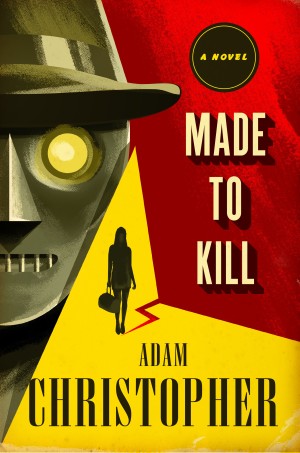 August 10, 1965: Raymond Electricomatic, of the Electromatic Detective Agency, is good at his job—as good as he ever was at being a true Private Investigator. Being a hit man suits him just fine, in fact, as does being the world’s last robot, and the lone employee of a defunct agency—except for Ada, the best super-computer Gal Friday a robot could hope to have (even if she is of dubious moral intent). Ray was programmed to make a profit, after all, and with his twenty-four-hour memory-tape limits, he sure can keep a secret.

When a familiar-looking woman arrives at the agency wanting to hire Ray to find a missing movie star, he’s inclined to tell her to take a hike. But she had the cold hard cash, a demand for total anonymity, and tendency to vanish on her own. She’s asking for results, and fast—but she might not like what comes next. Raymondo Electric is on the job, once again.