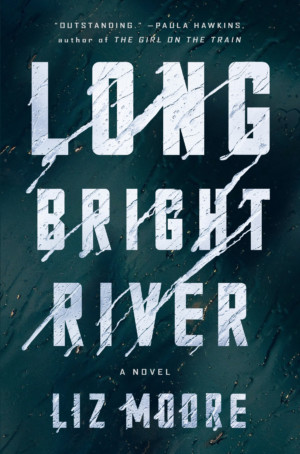 Set against the opioid crisis in Philadelphia and a string of mysterious murders, this gripping suspense novel is also an unflinching, moving story of sisters, addiction, and the formidable ties between place, history, family, and fate.
In a city rocked by the opioid crisis, one family strikes a particularly poignant profile. One sister, Kacey, has been living on the streets for years in the vise of a fierce heroin addiction. The other sister, Mickey, is the police officer whose beat includes Kacey’s regular haunts. The two don’t speak anymore, and the police department has no idea of their connection, but Mickey never stops worrying and watching over her sibling. Mickey understands what Kacey is contending with. Mickey just has different demons.
Then Kacey disappears, suddenly, at the same time that a mysterious string of murders begins within Mickey’s precinct, and Mickey panics over her sister’s safety. The victims, it seems, fit Kacey’s profile precisely. Risking her job, and maybe even the welfare of her four-year-old son, Mickey becomes dangerously obsessed with finding out what happened to her sister and the other missing women.
Alternating this present-day mystery with the story of the sisters’ childhood and adolescence, and with Mickey’s adult attempts to balance work and single-motherhood, Long Bright River is a rich and cinematic novel that is so riveting, surprising, heart-pounding and heart-wrenching, that it is impossible to look away.