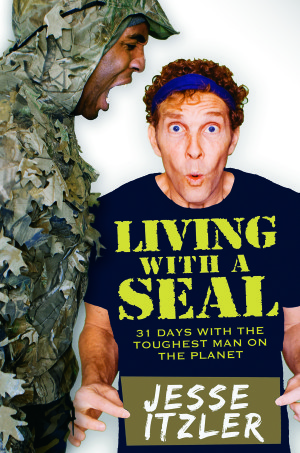 Living With A Seal: 31 Days With The Toughest Man On The Planet

In 2011, Jesse Itzler, a longtime health and fitness fanatic, hired a Navy SEAL to move into his house and be his physical trainer. He didn’t invite just any SEAL, but an active duty Navy SEAL considered to be “The Toughest Athlete on the Planet.” For 31 days, SEAL turned Jesse’s home into something between a training facility and a sitcom. In addition to jumping into a frozen lake, Jesse slept in a wooden chair, ran with a 50-lbs vest until he collapsed, and embraced other challenges that pushed him beyond what he ever thought himself capable of. By the time month was over, Jesse was in the best shape of his life. Most importantly, he’d also learned how to live more courageously. Living with a SEAL is an entertaining chronicle of Jesse’s experiences.