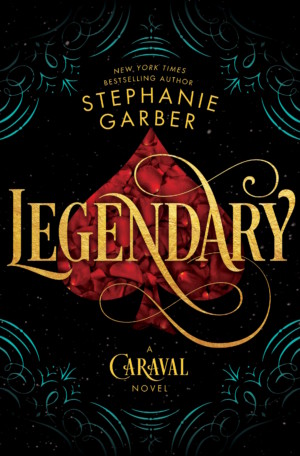 Stephanie Garber’s limitless imagination takes flight once more in the colorful, mesmerizing, and immersive sequel to her New York Times bestselling debut novel Caraval. This year’s Caraval has concluded. Tella is alive—and safe, to her older sister’s relief. But Tella has secrets she has been keeping from Scarlett. Secrets like what Tella promised in exchange for the sisters’ invitations to Caraval in the first place. Secrets about the person to whom these promises were made. And secrets about Julian, the Caraval player who won Scarlett’s heart. Afraid of revealing the truth to the person who loves her most, Tella runs away to Valenda, the capital of the Empire, to find the mysterious correspondent whom Tella owes. But in the nights leading up to Elantine’s Day, a cross between a masquerade ball, a jubilee, and Caraval, no one is to be trusted . . .