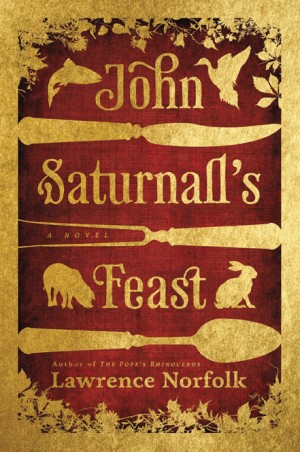 Twelve years in the writing, John Saturnall’s Feast is a masterpiece from one of England’s greatest living historical novelists. Set in rural England in the early seventeenth century, John Saturnall’s Feast is the story of a young orphan who begins working in the kitchens of Buckland Manor House, and grows to become one of the greatest cooks of his generation. John’s elaborate creations, great jellied desserts with glazed baubles, and rich forcemeats and stews, are unrivaled in their creativity and execution—and he cooks for aristocratic guests visiting the Manor including King Charles I and his wife. When the young daughter of the Lord of the Manor, Lady Lucretia, vows to fast until her father calls off her engagement to her insipid husband-to-be, it falls to John to try to cook her delicious foods that might tempt her to eat. As John serves meals to Lucretia, an illicit attraction grows between them, but fate is conspiring against the pair—Lucretia’s marriage cannot be undone, and the English Civil War is about to break out. Reminiscent of Wolf Hall, Jonathan Strange & Mr Norrell, and works by David Mitchell and Peter Carey, John Saturnall’s Feast is a fantastically rich novel of food, forbidden love, turbulent history, and ancient myths. Beautifully produced with illustrations and recipes, and printed in two colors of ink,it is a delight for all the senses.