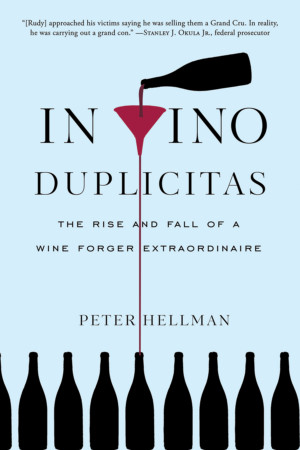 In Vino Duplicitas marks a new, notorious legend in wine: the story of Rudy Kurniawan, a 20-something Indonesian immigrant who bursts onto the rarified scene of ultrafine wines in 2002. Blessed with the gift of a discerning palate and a knack for tracking down impossibly hard-to-find bottles, he transforms himself from a virtual unknown, living illegally in the US, into one of the most sought-after and respected members of wine’s high society. For the next six years, he reigns as a purveyor of the last century’s most storied vintages, all from a seemingly limitless supply. The wealthiest collectors spend tens of millions of dollars on wines from his cellar, considered at the time perhaps the greatest on earth. But in April 2008, crates of Domaine Ponsot red burgundy from Rudy’s cellars—dating back as far as 1945—are abruptly pulled from an auction. The problem: The winemaker is certain that particular wine was first produced in 1982. Journalist Peter Hellman was there, and he would closely investigate as, over several years, Rudy’s world comes spectacularly crashing down.