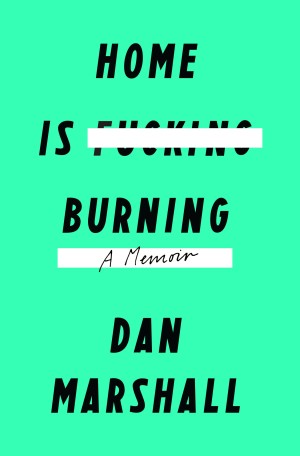 Dan’s mom has always had cancer. First diagnosed when he was only ten years old, she was the model of resilience throughout his childhood, fighting her disease with tenacity and a mouth foul enough to make a sailor blush. But just as she faces a relapse, her husband—a successful businessman and devoted father—is diagnosed with ALS. He is told that in a few months’ time, he will be unable to walk, eat, or breathe on his own. Dan, a recent college graduate living the good life in Los Angeles, has no choice but to return home to help. Reinstalled in his parents’ basement (in one of the only non-Mormon homes in a Salt Lake City subdivision), Dan is reunited with his siblings. His older sister Tiffany is resentful, having stayed closer to home to bear the brunt of their mother’s illness. Younger brother Greg comes to lend a hand, giving up a journalism career and evenings cruising Chicago gay bars. Younger sister Michelle is a sullen teenager experimenting with drinking and flirting with her 35-year-old soccer coach. And baby sister Chelsea—the oddest duck in a family of misfits—can only think about dance. Together they form Team Terminal, going to battle against their parents’ illnesses and cracking plenty of jokes along the way.