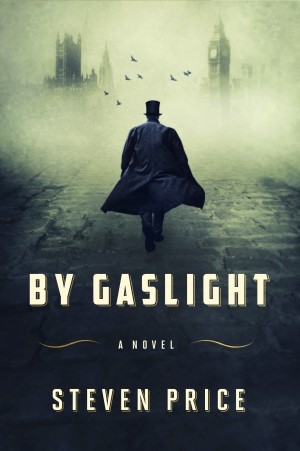 London, 1885. A severed head is dredged from the Thames, while a woman’s body is discovered ten miles away. The famed American detective William Pinkerton is summoned by Scotland Yard to investigate. The dead woman fits the description of a grifter Pinkerton had been pursuing for a long time—someone he believed would lead him to Edward Shade, a man he has been hunting since his father’s death. Steven Price’s By Gaslight is an atmospheric portrait of a man on the brink. It’s the story of the most unlikely of bonds: between Pinkerton, the greatest detective of his age, and Shade, the one criminal he cannot outwit. Moving from the diamond mines of South Africa to the fog-enshrouded streets of Victorian London, the novel is a journey into a cityscape of grief, trust, and its breaking, where what we share can bind us even against our better selves.