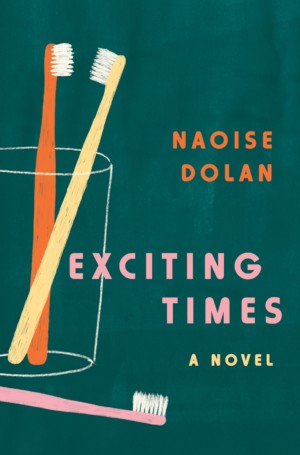 An intimate, bracingly intelligent debut novel about a millennial Irish expat who becomes entangled in a love triangle with a male banker and a female lawyer. Ava moved to Hong Kong to find happiness, but so far, it isn’t working out. Since she left Dublin, she’s been spending her days teaching English to rich children—she’s been assigned the grammar classes because she lacks warmth—and her nights avoiding petulant roommates in her cramped apartment. When Ava befriends Julian, a witty British banker, he offers a shortcut into a lavish life her meager salary could never allow. Ignoring her feminist leanings and her better instincts, Ava finds herself moving into Julian’s apartment, letting him buy her clothes, and, eventually, striking up a sexual relationship with him. When Julian’s job takes him back to London, she stays put, unsure where their relationship stands. Enter Edith. A Hong Kong-born lawyer, striking and ambitious, Edith takes Ava to the theater and leaves her tulips in the hallway. Ava wants to be her—and wants her. Ava has been carefully pretending that Julian is nothing more than an absentee roommate, so when Julian announces that he’s returning to Hong Kong, she faces a fork in the road. Should she return to the easy compatibility of her life with Julian or take a leap into the unknown with Edith? Politically alert, heartbreakingly raw, and dryly funny, Exciting Times is thrillingly attuned to the great freedoms and greater uncertainties of modern love. In stylish, uncluttered prose, Naoise Dolan dissects the personal and financial transactions that make up a life—and announces herself as a singular new voice.