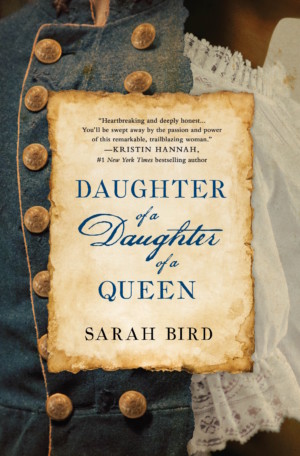 The compelling, hidden story of Cathy Williams, a former slave and the only woman to ever serve with the legendary Buffalo Soldiers.
“Here’s the first thing you need to know about Miss Cathy Williams: I am the daughter of a daughter of a queen and my Mama never let me forget it.”
Missouri, 1864
Powerful, epic, and compelling, Daughter of a Daughter of a Queen shines light on a nearly forgotten figure in history. Cathy Williams was born and lived a slave – until the Union army comes and destroys the only world she’s known. Separated from her family, she makes the impossible decision – to fight in the army disguised as a man with the Buffalo Soldiers. With courage and wit, Cathy must not only fight for her survival and freedom in the ultimate man’s world, but never give up on her mission to find her family, and the man she loves. Beautiful, strong, and impactful, Cathy’s story is one that illustrates the force of hidden history come to light, the strength of women, and the power of love.
Christina Baker Kline says Daughter of a Daughter of a Queen is “an epic page-turner” and “unforgettable.”