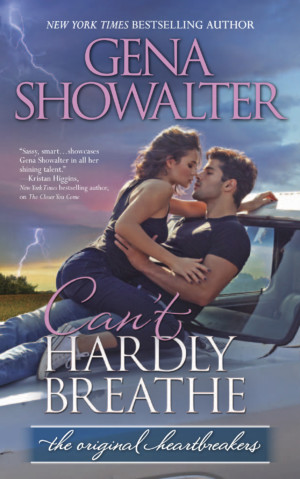 Former army ranger Daniel Porter has just returned to Strawberry Valley from many tours overseas, and reconnected with Dorothea Mathis, the bullied girl he befriended in high school, who unbeknownst to him had a huge crush on him as a teenager. Now as he stays at her inn, he can’t help but think about the woman—the desirable woman—she’s become.

Bullied in high school, Dorothea Mathis’s past is full of memories she’d rather forget. But there’s one she can’t seem to shake—her longstanding crush on former Army Ranger Daniel Porter. Now that the sexy bad boy has started using her inn as his personal playground, she should kick him out…but his every heated glance makes her want to join him instead.
Daniel returned to Strawberry Valley, Oklahoma to care for his ailing father and burn off a little steam with no strings attached. Though he craves the curvy Dorothea night and day, he’s as marred by his past as she is by hers. The more he desires her, the more he fears losing her.
But every sizzling encounter leaves him desperate for more, and soon Daniel must make a choice: take a chance on love or walk away forever.