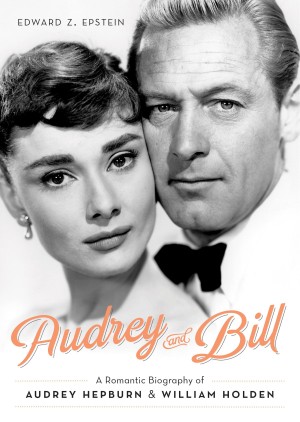 Audrey and Bill: A Romantic Biography of Audrey Hepburn and William Holden

Audrey and Bill tells the stories of both stars, from before they met to their initial, electrifying encounter when they began making Sabrina. The love affair that sparked on-set was relatively short-lived, but was a turning point in the lives of both stars. Audrey and Bill follows both Hepburn and Holden as their lives crisscrossed through to the end, providing an inside look at the Hollywood of the ‘50s, ‘60s, and beyond. Through in-depth research and interviews with former friends, co-stars, and studio workers, Audrey and Bill author Edward Z. Epstein sheds new light on the stars and details the reasons they knew their relationship could never work, yet they remained deeply connected and influenced each other’s lives in many ways to the end.