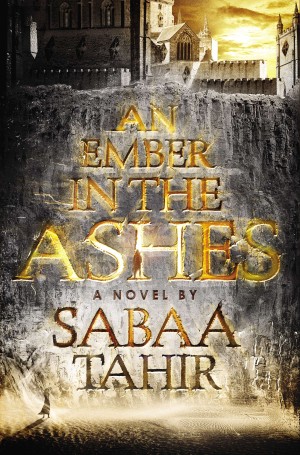 An Ember in the Ashes

Laia is a Scholar living under the brutal rule of the Martial Empire. When her brother is arrested for treason, Laia goes undercover as a slave at the empire’s greatest military academy in exchange for assistance from other Scholars who claim that they will help to save her brother from execution. At the academy, Laia meets Elias, the academy’s finest soldier—and secretly, its most unwilling. Elias is considering deserting the military, but before he can, he’s ordered to participate in the Trials, a ruthless contest to choose the next Martial emperor. It is not long before the far-reaching arm of Trials snatches not just Elias but Laia as well; and soon the two will find that their destinies are more intertwined than either could have imagined and that their choices will change the future of the empire itself.