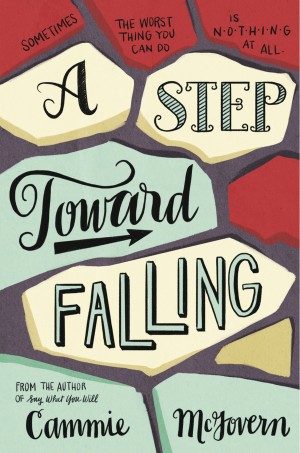 A Step Toward Falling

Emily has nothing in common with Lucas. She’s a politically active senior with a heavy AP course load and he’s a football player on an undefeated team aiming for the first State Championship their high school has ever had. But one night, during a pivotal game, Emily and Lucas share a terrible experience: They witness Belinda, a student with disabilities, being attacked—and, for different reasons, both fail to intervene.

When their school finds out, they are forced to do community service at a center for people with disabilities as punishment. Lucas and Emily begin to realize that first impressions aren’t always right—both the impressions they had about each other as well as those about the people they work with at the center. Soon they feel like maybe they’re starting to make a real difference. Like they would be able to do the right thing, if they could do that night all over again. Like they could help not only those at the center but also each other.

But when Belinda finally returns to school, Emily and Lucas have to figure out if they can do anything that will actually help the one person they hurt most.