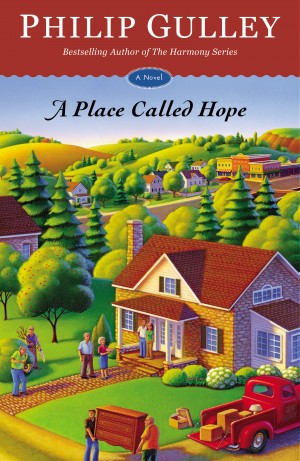 When Quaker Pastor Sam Gardner is asked by the ill Unitarian minister to oversee a wedding in his place, Sam naturally agrees. It’s not until the couple stands before him that he realizes they’re two women. In the tempest of strong opinions and misunderstandings that follows the incident, Sam faces potential unemployment. Deeply discouraged, he wonders if his pastoral usefulness has come to an end. Perhaps it’s time for a change. After all, his wife has found a new job at the library, his elder son is off to college, and the younger has decided to join the military once he graduates high school. Sam is contemplating a future selling used cars when he receives a call from a woman in the suburban town of Hope, Indiana. It seems Hope Friends Meeting is in desperate need of a pastor. Though they only have twelve members, they also have a beautiful meetinghouse and a pie committee (Sam is fond of pie). But can he really leave his beloved hometown of Harmony?