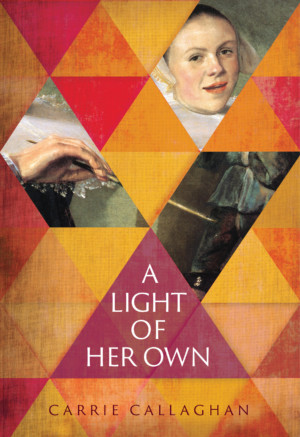 A Light of Her Own

Judith Leyster aims to be the first woman accepted into the prestigious Haarlem artist’s guild—featuring illustrious members such as Rembrandt—but it is not an easy road to tread. From a stolen painting to the murder of one of her painting subjects, Judith remains steadfast in her ambitions. Her wayward brother, Abraham, and her closest friend, Maria, both fight demons of their own, which drive them from the city, only to be drawn back again—still searching for atonement. Just as all three begin to find the threads of fulfillment, they find themselves swept up into a conspiracy of the city’s most powerful and ruthless men, whose plans spell disaster for Judith. A vivid portrayal of a remarkable artist and her era, A Light of Her Own is a rich, well-researched story of an ambitious woman who fulfilled her name by becoming a true “leading star.”