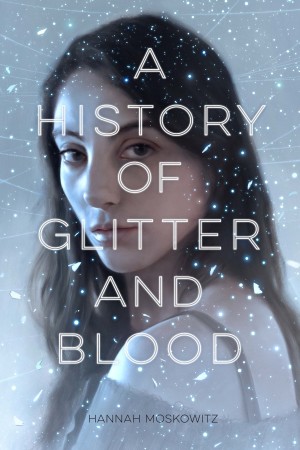 A History of Glitter and Blood

Sixteen-year-old Beckan and her friends are the only fairies brave enough to stay in Ferrum when war breaks out between the immortal fairies, the subterranean gnomes, and the tightropers sent to liberate the fairies. In order to earn money and buy food, Beckan and her friends turn tricks for the gnomes—a risky proposition, as gnomes are known for eating fairies, leaving them alive yet still feeling the pain of their devoured limbs. As the fairies venture into this underworld, they find themselves tentatively forming unlikely friendships with the gnomes themselves. When Beckan meets Piccolo, a tightroper, he joins their circle and introduces them all to his vision for the future of Ferrum, and soon these teens find themselves united by a common goal. However, there is more to Piccolo and his plans than Beckan realizes, and she soon finds herself caught between her loyalty to her friends, her desire for peace, and a love she never expected.