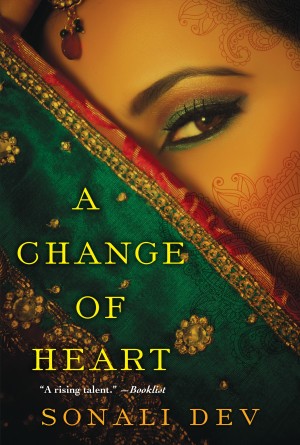 A Change of Heart

Sonali Dev’s highly acclaimed previous two novels, A Bollywood Affair (2014) and The Bollywood Bride (2015) have been featured on over 20 “Best Of” lists, including NPR’s Best Books, Kirkus Reviews’ Best of the Year, and The Washington Post. Her third and most technically skilled novel yet, A Change of Heart delves beyond the surface of modern Indian-American life, an extraordinary story of secrets, danger, and the risks we take in the name of love. . .Dr. Nikhil ‘Nic’ Joshi had it all until, while working for Doctors Without Borders in a Mumbai slum, his wife, Jen, discovered a black market organ transplant ring. Before she could expose the truth, Jen was killed. Two years after the tragedy, Nic is a cruise ship doctor who spends his days treating seasickness and sunburn and his nights in a boozy haze. On one of those blurry evenings on deck, Nic meets a woman who makes a startling claim: she received Jen’s heart in a transplant and has a message for him. . .